If you’re a woman going through IVF, there’s tons of info. But if you’re a bloke? Not so much. Compared to IVF, the mysteries of the Universe can appear quite straightforward… Updates every Monday(ish)

Feeling in the dark 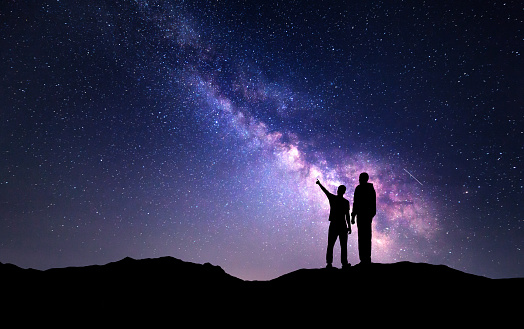 If you’re looking for IVF info, and you’re male, there’s not much out there.

If you’re a woman going through IVF, there’s tons of info. I mean, it’s everywhere. Books, websites, blogs – it turns out every prospective mother with difficulty conceiving seems to have a natty introspective blog. Perhaps it’s something tucked deep within the female psyche, a desire to shout “I’M HAVING A CATHETER SHOVED UP MY LADY BITS AND EVERYONE MUST KNOW!” (including my wife, the rather fantastic Pyjamas and Crumpets).

But if you’re a bloke? Not so much.

Anyway, my dear chap, my point is that we’re in this together. You are probably reading this years after I’ve written it, in which case you’ve probably already read the most recent post and know whether or not we’ve been successful. You may already be frowning at our choice of baby names (“Lawrence? What sort of stupid wanky middle class twat name is that?”), laughing at me passing out in the delivery room – or shaking your head at our gloriously misplaced early optimism as the womb remains eternally barren. But as I write this, and as you read it, we are starting along this difficult path together. That and our wives, girlfriends and surrogates, obviously, but they’re the ones who actually know what they’re talking about in all this. We don’t. I will do my best to guide you, like a rather lost and inept Sherpa climbing Everest for the first time.

So, who am I? You may call me the Lost Astronomer. I’m 30, British, living in Oxfordshire, been married to my wife for two years, and trying for kids for just as long. We live in a quaint little town – let’s call it Follytown, just to keep things vaguely anonymous – where the big news is that they’re building a Waitrose. You kinda get the picture. I’m ex air force; spent my 20’s running around various shit bits of the world, getting shot at, getting uproariously drunk and having a whale of a time, although I was slightly concerned as I started the IVF process that standing too close to rotating radar heads on numerous occasions may have cooked my balls. (It didn’t). I now work for a semi-reputable aerospace engineering firm, very carefully testing tiny, fiddly components to go in very fast aircraft as they come off the production line multiple times per day. As you may have guessed, I’m now bored out of my skull. I’m studying astrophysics and mathematics in my spare time with the Open University, whilst spending too much time with telescopes (clearly, I have a twisted, warped sense of “fun”), but I’m a trainee astrophysicist, not a doctor. My highest qualification in Biology is a B in double science at GCSE; in other words, I have a vague layman’s understanding of the whole proccess but I’m learning this as I go along – feeling in the dark for answers.

My wife, Mrs Astronomer, is Welsh. Very Welsh. Grew up in the valleys, Welsh is her first language level of Welsh. It’s not possible to be more Welsh unless you’re actually running down the line at the Millennium stadium, punching George Ford in the face to score the winning try of a grand slam against England. Despite being unapologetically English, for some reason she seems to like me. We have a loving, stable relationship; we met at university and despite some early complications she’s been following me around since. The one day of the year we don’t get on is England-Wales in the six nations; that’s when things get a little tense. Other than that, we’re fine.

The whole “can’t have babies thing” is at her end, and it’s unexplained. This is, needless to say, difficult for her – if the clinic were able to give a definitive diagnosis, we would at least know what was wrong. We would have a name for the problem, and a prognosis – if it was a proper show stopper, we could adopt without having to go through the whole IVF process, or we could get a better update on odds. As it is, we have 60/40 odds (or thereabouts). That’s about as much as we know about the problem. We have sex on a regular basis, especially around the time she’s probably ovulating (and yes, we are doing it in the right hole before you smart-alec any funny remarks. We’ve checked. Textbooks and everything).  As you probably know, it’s exhausting and demanding at that time of the month, and trying to conceive itself is stressful. You try not to let something that’s good fun become repetitive, but it’s tiring and demanding to perform all the time to no avail, which sucks half the fun out of it. Then, at the end of it all, once a month, you’re on hand with a box of tissues as she weeps and weeps and won’t stop. It’s entirely predictable, and she does her best to put a brave face on it, but you know what’s going to happen at the end of every month. Every. Damn. Time.

She stops weeping, and a few days later you start to try again. It’s emotionally and physically exhausting. That’s the bit that’s difficult. The feeling of hopelessness; you’ve done your very best, but still nothing. So, yeah. That’s where we’re going. This will be a blog about IVF and everything that happens afterwards. If we’re really lucky, it’ll be a blog about a bloke’s perspective on IVF, pregnancy and fatherhood. If we’re unlucky, it’ll be about the adoption process – but, on the flip side, it means that some kid will be very lucky, and have new parents. Every cloud has a silver lining; whatever happens, we will end up as a family with kids to love. (Including you, possible future adopted son/daughter reading this years later. Hope you didn’t find out you’re adopted by reading this. We love you. Except for that time you set fire to the rug).

I’m also going to throw in some cool space science stuff whilst I’m here, because I can.

One massive downside to this whole IVF thing that I didn’t mention is that if it does work, and we do have kids, Mrs Astronomer has sworn to teach them Welsh. Totally fair enough, it’s her language, her traditions, it’s deeply, deeply important to her. The downside is that I know what a little horror I was at the age of 6, and any kids we produce will be half my genetic payload. This means that my kids will have their own secret language, allowing them to switch to encrypted mode whenever they don’t want Daddy to understand what it is they’re plotting.

Bollocks to that. If this whole thing wasn’t difficult enough as it was, to top it all, I’m going to have to learn Welsh too…

A part time astrophysics student and civil servant, supporting his wife through the second round of IVF whilst completing third year university modules in his spare time and dealing with the tricky transition to civilian life. Deep breath, it'll be fine.

All, IVF, Most Popular

19 thoughts on “Feeling in the dark”

Children of a Dead Earth

The Science Behind the Game

A roundtable of strategists from across all space and time.

stories, musings and other creations

When Do I Get The Manual?

A blog about adulting without a notion

Tracking developments in the Russian military

The good, the bad, the ugly and the genius of spaceflight, old and new